The message that only slaves and servants wore masks during the “Spanish flu” was actively spread on social networks. For clarity, they added a photo in which they are allegedly in a mask, but people of high status without them. Such intrusions have already taken place at the beginning of the coronavirus pandemic. This new-old information throw-in promotes the theme of “conspiracy theories.” We found out where this photo came from and what is wrong with the post attached to it.

The Spanish flu pandemic dates back to 1918-1920. The disease has killed about 50 million people worldwide. “Spanish flu” had a high mortality rate among healthy people aged 15 to 34 years. 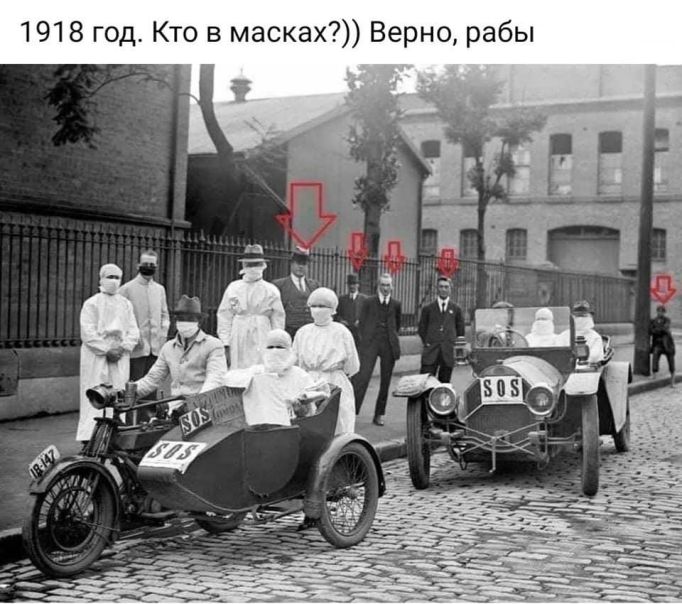 The photograph is genuine and is housed in the NSW State Archives. It dates back to April 1919. The photo shows health workers during the Spanish flu pandemic in Australia.

Masks were one of the main ways of protection not only for doctors, because at that time there was no drug or vaccine that could overcome the disease, and the number of patients was constantly growing. People wore masks in everyday life regardless of their status.

The post also draws a parallel with the coronavirus pandemic, emphasizing that masks are unnecessary and even shameful. The emphasis is shifted to slaves, because it is a hint at the conspiracy theory and muzzle masks, which may have been invented by Freemasons. Now, such theories are most common on social networks. However, during the “Spanish flu” pandemic, masks were used regardless of status, but in order to increase the chance of not getting sick. Currently, masks are one of the comprehensive measures to reduce the spread of the disease.