School pupils’ parents’ chats explode with messages. This time they concern videos on Tik Tok social network which are popular with teenagers. It is claimed that the platform has become the centre for spreading dangerous videos where children were called upon to commit mass suicide on 3rd March 2021.

We counted about a dozen of screenshots of such messages on Facebook though we are sure that there are more of them on school chats. What is it: another fake or a real deadly challenge? 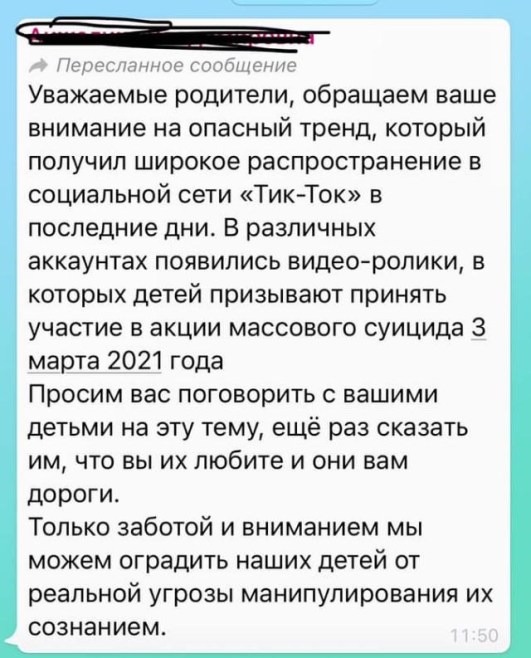 Those were not the first messages concerning children’s safety on Tik Tok social network. Poisoning of two school pupils in Boyarka is also linked to suicidal videos. On 16th of February, two pupils of the 7th form went to a chemist’s during a break and bought Drotaverine (analogue of No-Spa).Then, each one took 40 pills in the school toilet. As a result, one of the girls died and another one was taken to hospital. Mykola Kuleba, Ombudsman for Children with The President of Ukraine and the National Police in the Kyiv Region claims that Tik Tok social network is allegedly connected to the outrageous case. 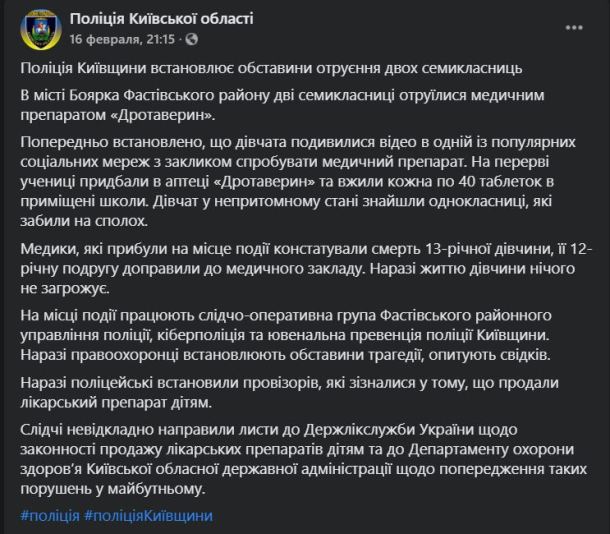 However, neither mass media that were highlighting the case nor law enforcers provided a video from Tik Tok which encouraged children to take pills and wich would confirm the accusations.

Before the incident in Boyarka, there had been no information about deadly games on Tik Tok in Ukraine. At the same time, western media reported last year about a deadly challenge on this network which was called Benadryl Challenge. The challenge posted on Tik Tok encouraged viewers to take big doses of anti-histamine medicine which caused halusinations. A 15-year-old girl from Oklahoma died due to that challenge.

Teenage suicide is a big social issue conditioned by many factors. There has been a number of suicides recently, the ways ranging from taking medicine to jumping from tall buildings.  On 1st February, a girl (born in 2004) jumped out of the fifth floor window in Shevchenkivsky District of Kyiv. Next day, a 13-year-old girl fell out of the window in Holosieve District of the capital of Ukraine. On 17th February, a 15-year-old girl fell out of the balcony on the 16th floor in Darnytsky District of Kyiv.   Relatives and friends of the teenagers think that they could be under the influence of dangerous games on social networks.

Actually, the safety level on social networks does not differ much from that in the society. Going back to parents’ chats, we can assume that teachers’ and parents’  apprehensions were not groundless. A video calling on teenagers to commit suicide appeared  on Tik Tok however, on its Russian-language segment. 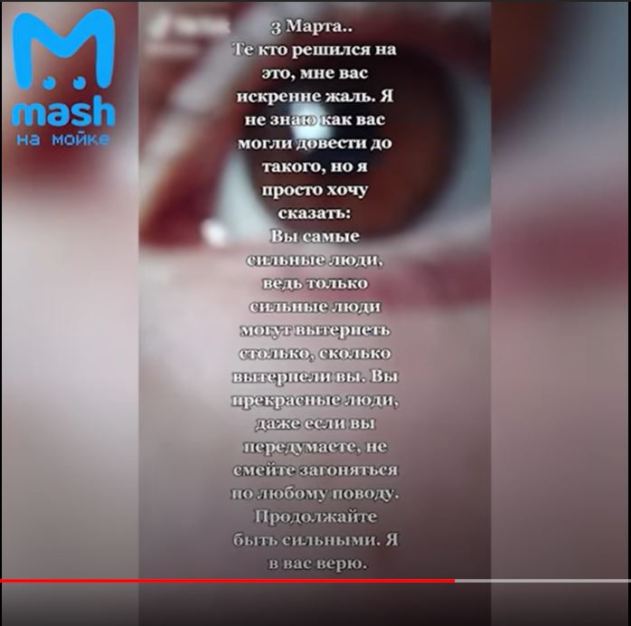 We post a similar video from Youtube as Tik Tok which is popular with teenagers has already deleted such videos from the platform. On the contrary, it offers services providing support under hashtags #3March, #suicide, #suicidewayout. 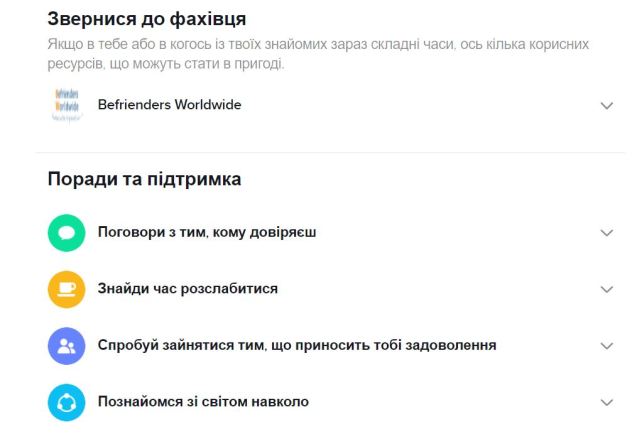 How did it all begin?

First messages about deadly challenges started to appear in 2016. Then they were posted on Vkontakte network which is currently banned in Ukraine. Participants of the death groups were encouraged by moderators to play a game which means hurting themselves. The last task was to commit a suicide. Death groups attracted law enforcers’ attention after the suicide of a 15-year-old girl from Mariupol. It happened at the end of 2016. The girl jumped off the 13th floor of a building and she had been performing the “quest” tasks given to participants of from a social network game before that, they included burning a hand over a candle, piercing the burns with a needle and so on.  As it was discovered by the Cyber Police, the girl was a member of a “deadly quest” on the social network. It was reported by law enforcers, 500 “death groups” and 200 moderators’ accounts were blocked in 2017.

Besides deadly quests, videos with potentially dangerous games are also spread on social networks. Last year, a challenge called SkullBreaker was popular in the USA. Several teenagers got injured because of it. It looks as follows: three people stand in a row, the one in the middle jumps and the ones on the sides trip him / her up and the victim of the game falls down. Children got brain injuries due to falling down violently.

Psychologists call on teachers and parents to tell children about the consequences to protect them from dangerous games and provocative deadly quests.